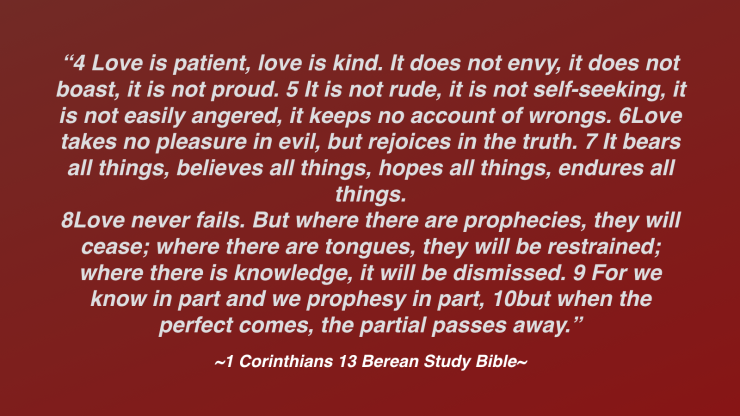 This post is dedicated to my wonderful and patient wife who has put up with me these last 36 years.

—Reminds me of the historical figure who selflessly went against the foolishness of a specific law during the Roman Empire period.
Valentine’s Day, like most of the other holy day traditions, is based on an actual person in history.
—He was a Christian man named Valentine, who lived during a time of a one world government who had almost 100% complete control of their citizens.
—This honorable Christian is said to have gone against a very vacuous law making most young people unable to marry during that time.

—It is believed that Claudius Gothicus II (see links below) was the one who ordered Valentine to be put to death. Valentine had married a young couple because of their spiritual conviction of staying faithful to God and to one another.

—The law did not impact most Roman citizens. That era was filled with hedonism and adultery. it was a way of life for a large majority of Romans.

—Yet, the small remnant of Christians who were growing in number, had to make a decision. One that was of life and death. The decision to become one in the sight of God was more important than the laws of men. Even powerful men like the Emperor.

—We know that Valentine was dragged to the Prefect’s place where he was condemned to be beaten with clubs and beheaded for marrying a couple who was in love, committed to their faith and to God.

—Today we see the world going in the same direction as the Roman Empire. Christians are beaten, harassed and ridiculed for their faith and their beliefs.

—One thing I know, Emperors come and go, governments come and go, laws come and go. God stands forever in His throne. His laws and His Word do not change. They are true today as they were yesterday and tomorrow.

—Happy Valentine’s Day. May you love one another in the true spirit of this day. No matter what happens. Stay true to each other and to the LORD God of the universe….

P.S. Love you Mary…Always have and always will.

Today I want to highlight the country that has been involved in history throughout, well, history. Without this small but not insignificant country, we would not have news about the Middle East now. Imagine all the news and social media organizations not having enough to talk about except maybe the price of crude oil. We… END_OF_DOCUMENT_TOKEN_TO_BE_REPLACED

As an #LFC (Liverpool Football Club) fan, I take the good with the bad that comes my way. I have been doing this since the late 70s. I have learned a few things about ups and downs, or shall I say, Mountaintop experiences and deep Valley Lows with this team. There was no American… END_OF_DOCUMENT_TOKEN_TO_BE_REPLACED

To some this may be a long post. If you are one of those people, scroll to the Short Explanation Part below. The first section is the research I did to get my answers to Ezekiel 38:1-6 section. If you want to know where I got my information, please read from the beginning: In my… END_OF_DOCUMENT_TOKEN_TO_BE_REPLACED

2020 & Bible Prophecy As I am researching scriptures for my upcoming books, I can’t help but think about the way 2020 has started. We have a President who is being impeached, but no one really knows why. Yes, he is rude and sometimes obnoxious. Yes, President Trump has “foot in mouth syndrome” most of… END_OF_DOCUMENT_TOKEN_TO_BE_REPLACED

The Journey is Yours—But Don't Go It Alone |Christian Basics

As Christians, we must look at life as a long marathon or journey through the last stop.When I was younger, I would run eight miles up and back with just a water break in between. I often would just run to run. I loved running. It calmed me down.Now, as I am older, I’ll tell… END_OF_DOCUMENT_TOKEN_TO_BE_REPLACED

In my previous post I asked what kind of gift God had given you, and how you would be able to use it for God. Since 2020 is fast approaching, I want to take time out to reflect on the things that I know most of us are thinking about: —What is it that I… END_OF_DOCUMENT_TOKEN_TO_BE_REPLACED

May today bring you the peace, joy and harmony of the sweet baby born on a manger! May Jesus bring you life and more abundantly ( John 10:10 )! Go, worship and lay your life as a gift to Him, just as the wise men did on that Christmas Day! Be blessed & have a… END_OF_DOCUMENT_TOKEN_TO_BE_REPLACED

What’s your gift to the Baby King?… END_OF_DOCUMENT_TOKEN_TO_BE_REPLACED

…6 While they were there, the time came for her Child to be born. 7 And she gave birth to her firstborn, a Son. She wrapped Him in swaddling cloths and laid Him in a manger, because there was no room for them in the inn. 8 And there were shepherds residing in the fields nearby, keeping watch over their flocks by night.… Luke 2:7 There are just two days left for Christmas! I would… END_OF_DOCUMENT_TOKEN_TO_BE_REPLACED