The Lord is the Spirit, and where the Spirit of the Lord is, there is freedom.
The Second Epistle to the Corinthian Church Chapter 3 verse 17 Easy to Read Version 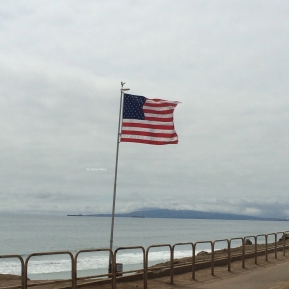 July 4th is a very exceptional day for this country. It commemorates the beginnings of what we now know as the United States of America.
To some, America is an empire that is in decline and they celebrate this.

To others, America represents an experiment that has lasted way too long and they revel for the end of the experiment.

Yet to others like myself, it represents what is good,  just and glorifies God. I know what you are thinking, that America is neither great, exceptional nor just and that in no way it glorifies God. And you would be right to say this now. But at one point in the infancy of my country, America presented these good aspects and more.

I am not speaking about the Founding Fathers and their extraordinary declaration of freedom of rights. I am talking about the original pilgrims who crossed over for a better way of life spiritually.
To some of you (or most) reading about some ancient people whom you have no ancestral relation to might be boring. But to me, who am neither of British or Pilgrim blood, I find a spiritual connection.

You see, when the Pilgrims came, they came to have freedom. They were Christian Separatists who were being persecuted by their own church. The Church of England was set up, in the same way, those of us from a Catholic background know all too well. Their rules and traditions handed down from a very select few “higher-ups” who then set it up to become another added law and tradition.
A few years later, these “bishops” decide to add a little bit more Don’t’s to a list of ever-increasing doctrines. Pretty soon, a believer in Christ has lost the simplicity of the Gospel.

This is what the Pilgrims came for. For those of you skeptics who believe they came to purposely kill all natives and take over the lands, well, I will not argue with you. As an American of Mexican descent, I am part native so anything you say, I will most likely already have heard. That is for another time and for another blog.

Now getting back to the freedoms of our Fathers. Being persecuted by their own church, the Pilgrims went to Holland where they enjoyed some freedom. The Dutch were very supportive and the Pilgrims were free to worship in the simplicity of their faith. Still, the reach of the Church of England was too close. Some decided to make an incredible journey. A trip that would change the world as they knew it.
These Christians would sail to the New World and never look back. The Pilgrims would land on Plymouth Rock (or close to) in Cape Cod, on November 11, 1620.
Why is this date so important? Because of this date, Christians were able to worship Jesus and His Gospel in the simplest faith. For the first time, Satan could not use either kings or bishops as pawns, to corrupt the Gospel of Jesus Christ. It would be the first time in a new land, that true worshippers of Christ would in adoration have no one to tell them how to worship their God.
As I write this, I am giddy, because of the meaning of pure freedom.
You see, I can imagine the Pilgrims touching land for their first time in almost three months. Not only that but reaching a land where all of them would start fresh. Without the confining doctrines of any church or denomination telling its members how to worship.
Without a corrupted form of spiritual government where shepherds were considered as, if not much more, powerful as their monarchs.
The influence of the eternal enemy of God whom we know as the accuser could no longer reach the greedy or power-hungry men on top of the spiritual hierarchy.
This was like I said, the first time where the genuine worship of our Lord and Savior could be carried out in total reverence and simplicity.
How I wish I were there to see this in its infancy. Not even the original disciples of Christ had this incredible privilege.

Now we come to a point where there is persecution once again. We as Christians can’t go off to find another continent to worship in simplicity. That is why we must make a stand, to take a stand for what is right, just and will glorify our Lord and Savior.
We can not run away from this. We must change the society like our Founding Father’s did. Or die spiritually a slow death for not standing up for the simplicity of the Gospel of Christ!