He would stop at nothing to get more money into his bank and investment account. He was outstanding at buying something and selling it for three times it’s worth.

He came from a humble background growing up…

He married in his late thirties because he didn’t want his children going through tough times like he did. He worked hard during his twenties and very rarely socialized. Everyone knew him as the guy who would someday “make it” in life. But no one really knew him well enough to invite him anywhere.

He met a woman while doing business out-of-town. This woman quickly realized that she could live a life of luxury with this man. He was too busy to recognize that she was paying attention to him for his money. They married and had kids. He was too busy making money, and she was happy that he was not around since he always complained about her spending too much money on things she didn’t need. Years passed by, he would lavish her with expensive luxuries and vacations anywhere she wanted. As time went by, the more he was out, the more she would live her life on her own. His kids enjoyed the fine things that their father was providing. 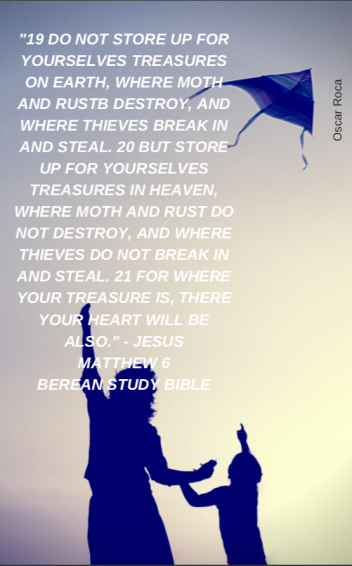 Yet, he was a stranger to them. Soon, the kids went on to college. The wife was left alone and realized that she could do whatever she wanted. She was lonely and soon found someone else. After the divorce, the man became angry and made a vow never to marry. He continued working ungodly hours and hoarding more of his wealth. Time passed, kids got married and had their own children. They would invite him to all the important life events, he always had an excuse why he couldn’t go.

While working late at night, he grabbed his heart, it was excruciatingly painful. He reached for the phone and all he could tell the emergency operator was that he was having a heart attack. After a week in the hospital, he woke up, with no none at his bedside. There were tons of flowers and notes all over his hospital room from all his business clients and customers, but not one form any of his family members. Dejected, the man’s heart was broken. He died with no one at his side…

It has been said that a person is defined by the possessions he or she attains in this life. That the material wealth or things that a person has at the end is what determines their whether they have made it in life or not. 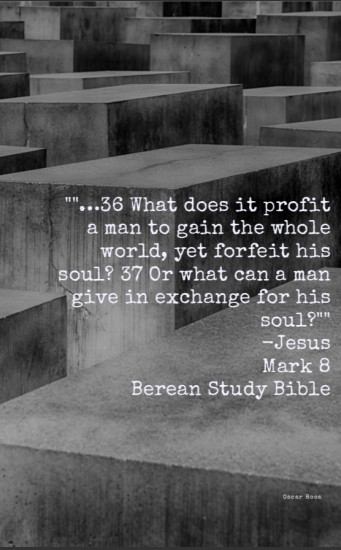 Are material things important? Only to sustain and protect a person. We all need housing, food, clothes and have necessities. We also need emergency funds just in case there is ever a life emergency like you lose your job or have a health issue that keeps you away from making money. But aside from this, the rest of what we call necessities are more of luxuries.

Make sure that the most valuable things in your life don’t grow up too soon and walk away from you. Make sure that the precious person whom you have promised to cherish in sickness and in health is still that, the beloved person who you said you wanted to spend the rest of your life with. Time comes and time goes…fast! Enjoy the journey.

Don’t get caught up in the stuff that doesn’t matter. Get caught up in the attention that you give to others. Especially your loved ones. They are the most cherished and valuable possessions a person has, Not the material stuff you can’t take with you. Leave your spouse and children a legacy of working hard, playing hard, enjoying hard, praying hard and worshipping God hard. All the rest is just added expenses… Expenses because at the end, what does it profit a man to have gained the whole world and lose his soul? Or his family?

If you want to have a deeper relationship with God:

How Can I know God

Steps to Peace With God

Today I want to highlight the country that has been involved in history throughout, well, history. Without this small but not insignificant country, we would not have news about the Middle East now. Imagine all the news and social media organizations not having enough to talk about except maybe the price of crude oil. We… END_OF_DOCUMENT_TOKEN_TO_BE_REPLACED

As an #LFC (Liverpool Football Club) fan, I take the good with the bad that comes my way. I have been doing this since the late 70s. I have learned a few things about ups and downs, or shall I say, Mountaintop experiences and deep Valley Lows with this team. There was no American… END_OF_DOCUMENT_TOKEN_TO_BE_REPLACED

To some this may be a long post. If you are one of those people, scroll to the Short Explanation Part below. The first section is the research I did to get my answers to Ezekiel 38:1-6 section. If you want to know where I got my information, please read from the beginning: In my… END_OF_DOCUMENT_TOKEN_TO_BE_REPLACED

2020 & Bible Prophecy As I am researching scriptures for my upcoming books, I can’t help but think about the way 2020 has started. We have a President who is being impeached, but no one really knows why. Yes, he is rude and sometimes obnoxious. Yes, President Trump has “foot in mouth syndrome” most of… END_OF_DOCUMENT_TOKEN_TO_BE_REPLACED

The Journey is Yours—But Don't Go It Alone |Christian Basics

As Christians, we must look at life as a long marathon or journey through the last stop.When I was younger, I would run eight miles up and back with just a water break in between. I often would just run to run. I loved running. It calmed me down.Now, as I am older, I’ll tell… END_OF_DOCUMENT_TOKEN_TO_BE_REPLACED

In my previous post I asked what kind of gift God had given you, and how you would be able to use it for God. Since 2020 is fast approaching, I want to take time out to reflect on the things that I know most of us are thinking about: —What is it that I… END_OF_DOCUMENT_TOKEN_TO_BE_REPLACED

May today bring you the peace, joy and harmony of the sweet baby born on a manger! May Jesus bring you life and more abundantly ( John 10:10 )! Go, worship and lay your life as a gift to Him, just as the wise men did on that Christmas Day! Be blessed & have a… END_OF_DOCUMENT_TOKEN_TO_BE_REPLACED

What’s your gift to the Baby King?… END_OF_DOCUMENT_TOKEN_TO_BE_REPLACED

…6 While they were there, the time came for her Child to be born. 7 And she gave birth to her firstborn, a Son. She wrapped Him in swaddling cloths and laid Him in a manger, because there was no room for them in the inn. 8 And there were shepherds residing in the fields nearby, keeping watch over their flocks by night.… Luke 2:7 There are just two days left for Christmas! I would… END_OF_DOCUMENT_TOKEN_TO_BE_REPLACED